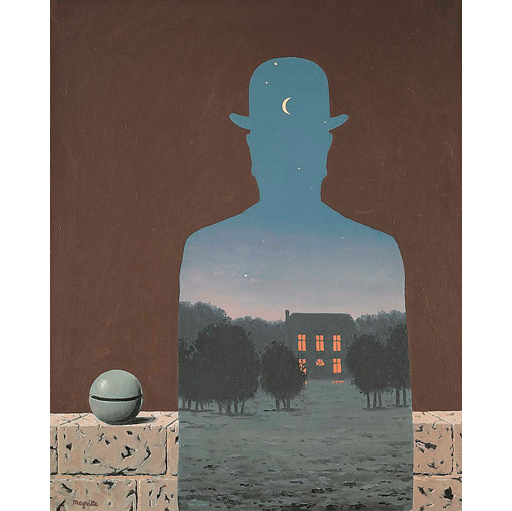 With the collaboration of

From realism to the modern landscape

Through more than seventy works from the Musée d’Ixelles in Brussels, this exhibition provides a comprehensive and unique overview of the main trends in Belgian art from the fin-de-siècle to the 1940s. Belgian art of this period characterised by an intense quest for modernity displays both international influences and specifically local features and is particularly notable for its advanced approaches and creative boldness and the tension between a strong attachment to reality and boundless imagination.

Belgian art of the late 19th century reflected the contradictions and paradigm shifts of a young nation experiencing rapid industrial development. Fascination with the modern world coexisted alongside a desire to flee from it and return to the bare essentials: mankind and nature.

The influence of Gustave Courbet and the Barbizon school and their revolutionary naturalist painting, combined with a local tradition of attachment to reality, gave rise to a Belgian art focused on themes of modern, urban and rural life, which later evolved towards social realism at the end of the century (Constantin Meunier, Charles Degroux, Eugène Laermans).

Landscape painting also sought to return to a peaceful nature, at the same time providing a space for new modernist aesthetic explorations. Influenced by John Constable, William Turner and the Barbizon school, Belgian artists opted for freedom in their perception and interpretation of nature (Hippolyte Boulenger and Louis Artan). By exploring landscapes and capturing atmospheric variations, they gradually acquired greater freedom in their handling of light and colour and in their looser, more flexible and spontaneous painting techniques.

Impressionism and its offshoots

In Belgium, the development of Impressionism was naturally intertwined with the contributions of realism and landscape painting, of which it was a continuation. Beginning in the 1880s, in response to French experimentation, the Belgian Impressionists devoted themselves to painting from life and the exploration of the fleeting colour and light variations caused by the changing character of nature, adopting liberated brushstrokes and a free choice of subject matter. The artists each developed their own style, albeit based on shared aspirations to lent structure to the new trend, but there also was a particular tendency towards texture and generous impasto, which emphasised the materiality of painting.

From the fiery, expressive and striking investigations of James Ensor to the delicacy and voluptuousness of Guillaume Van Strydonck, the luminous and subtle vibrations of Théo Van Rysselberghe, the firm, impasto brushstrokes of Willy Finch and the pulsating vibrations of Rodolphe Wystman, Belgian Impressionism is remarkable for its richness and variety. This trend culminated in the first decade of the 20th century in the Luminism of Émile Claus, whose colour and light effects resulted in a vibrancy and irradiation of extraordinary intensity.

From Symbolism to the avant-gardes

The late 1880s saw the emergence of the Symbolist movement, which, as an alternative to ‘modern life’, prioritised a retreat into the self, the realm of the soul and a return to a lost paradise, explicitly opposing the dominant realism and materialism in order to express doubts, bitterness or unease about social changes. This movement, which first appeared in literary circles, spread to all artistic expressions. Its main principle was to shun the objective description of reality with details and anecdotes in favour of the symbol, which was conducive to metaphor, ellipsis, analogy and suggestion (Fernand Khnopff, Félicien Rops, Jean Delville, Léon Spilliaert).

Following in the footsteps of Impressionism, Fauvism advocated a new emphasis on colour, light and brushwork. Influenced by the French Fauves (Matisse, Derain and Dufy), Belgian artists such as Rik Wouters, Louis Thévenet and Willem Paerels gave further momentum to these colourist trends between 1905 and 1914, while asserting the artistic authenticity of their subject matter with firm, broad brushstrokes. This radicalism and desire for authenticity continued in the Expressionist experimentation of the interwar period with figures such as Gustave De Smet and Fritz Van den Berghe in Flanders and, in a calmer style, Anto Carte and Louis Buisseret in Wallonia.

Its focus on the imagination fuelled by the Symbolist movement and the revolutionary experimentation of the Dada movement, the Surrealist adventure spread internationally through the Surrealist Manifesto written by André Breton in 1924, which defined its main principles and its core philosophy. Surrealism is based above all on the real expression of raw thought, freed from the control of reason and from any aesthetic or moral precepts. Within this framework, the imaginary, dreams, madness and the unconscious are the most fertile ground for creative play in which artists give free rein to the bizarre, the illogical and the irrational. Belgium played a leading role in this context, especially with two prominent figures: René Magritte and Paul Delvaux.

Unlike the Surrealists of other countries, who gave precedence to free expression of the unconscious, the Belgians remained attached to reality. The opacity and magic of the universe created by Magritte or Paul Delvaux are based not so much on artistic experimentation as on the strangeness of an illusionist figurative system whose keys for decoding and interpretating it escape us.

After the Second World War Belgian Surrealism, whose international echoes have continued to this day, gave way to new creative experimentations such as abstraction.