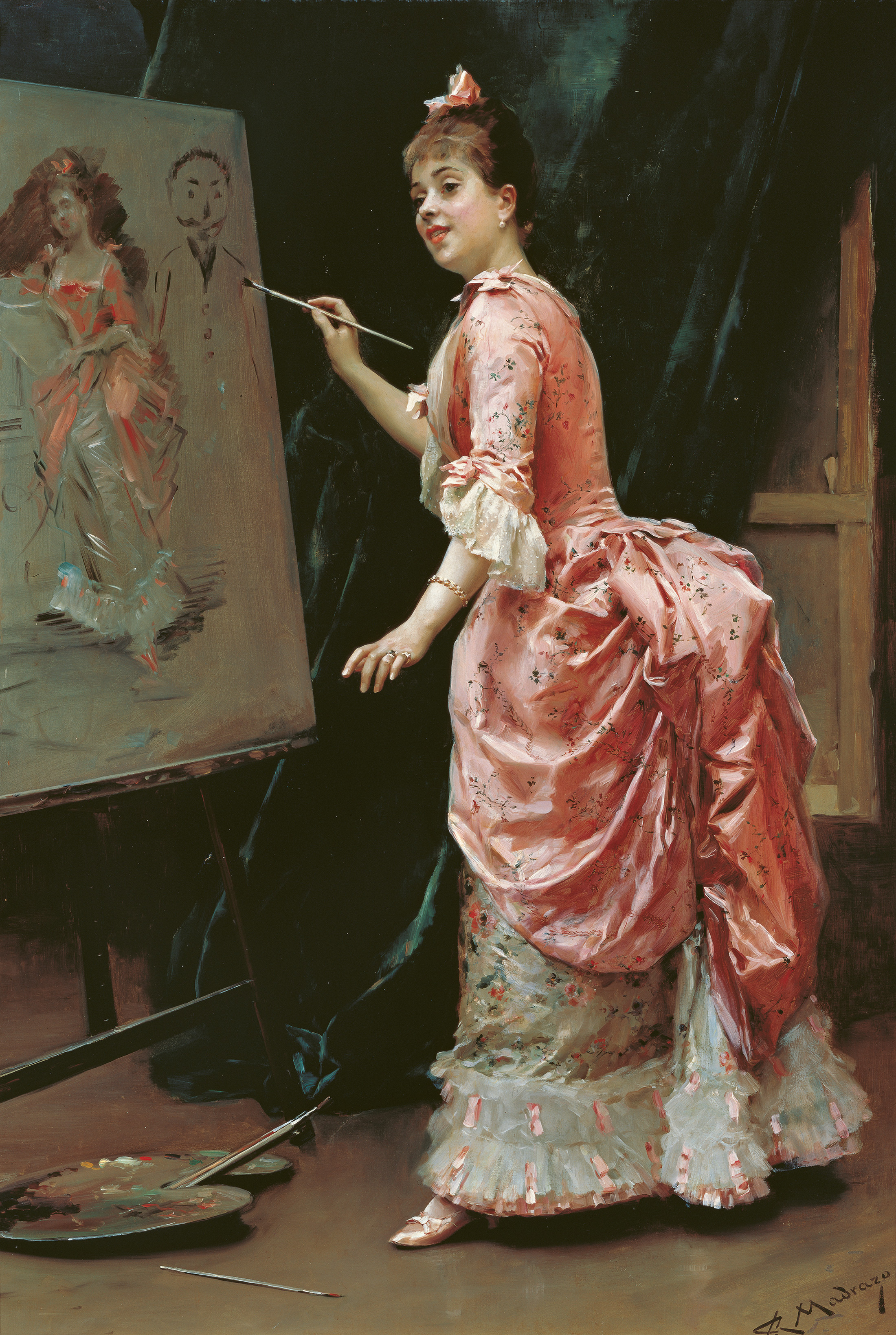 In Raimundo de Madrazo's prolific production, most of which was executed in Paris, where he settled when very young, his paintings featuring his favourite model, Aline Masson, are numerous. He depicted her in the most varied attitudes, poses and dress, whether in full-, bust- or half-length portraits or in genre paintings with other figures. When he painted her on her own it was almost always full-length, in costume or at the centre of a scene often with some degree of anecdotal content.

Here he depicted her in his studio during a rest from posing. She has approached the canvas to examine a sketch of herself and has audaciously painted a caricature of the artist, who is apparently looking on.

Despite the inconsequential theme and his insistence on including decorative elements in his pictures, here Raimundo de Madrazo demonstrated the extraordinary flair for painting female portraits that brought him such fame with contemporary Parisian high society. It is also evident in the soft, sensuous modelling of the flesh tones and his astounding ability to reproduce the qualities of the fabrics and the jewellery with which he adorned his model. From the compositional point of view, particularly striking is the ease with which he was able to construct a narrative theme, however slight, with a single figure and using resources typical of Baroque painting, in this case making a figure outside the field of vision an accessory to the scene.

Despite the apparent casualness of the image, a certain stiffness in the model's posture and an inexpressiveness in her gesture conferring an almost mannequin-like coldness upon her actually underline both the model's premeditation of her pose and her professionalism.

On the other hand, despite its purely incidental presence, the barely discernible figure in the painting on the easel still displays Madrazo's amazing confidence and his ability to suggest, with a few rapid touches of the paintbrush, the basic female contours, the volume of the flesh tones and the light on the model's dress.

The painting was sold at auction in 1989 with the title En el studio ("In the Studio").