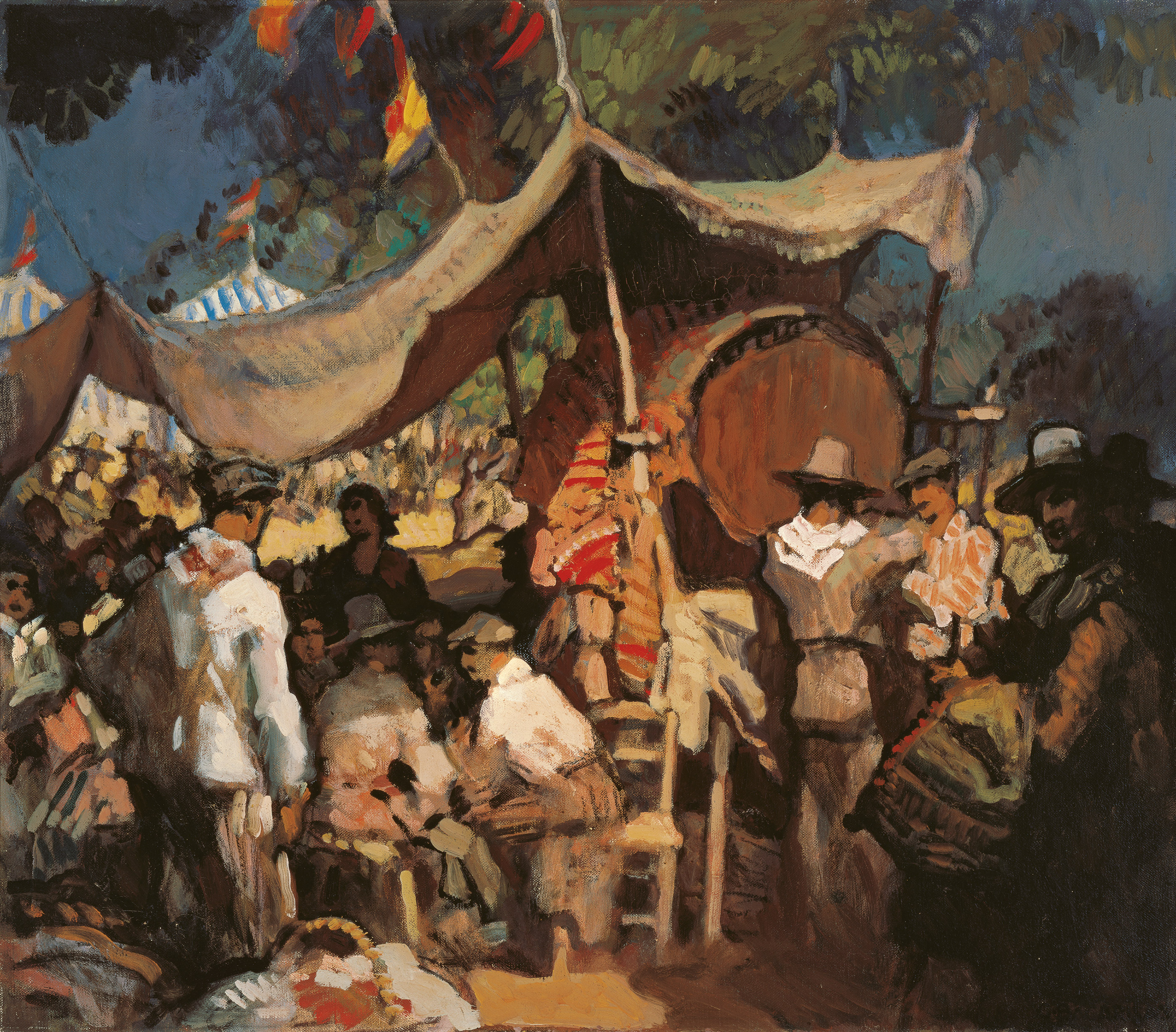 One of the best words to describe Gustavo Bacarisas's existence is "cosmopolitan". He was also extremely versatile in all genres, whether in painting (easel or mural) or designs for ceramics and posters, not forgetting his prolific work as a set designer. With the exception of his childhood and adolescence, when he lived in Gibraltar (also his place of birth), his long life was one of non-stop travel around Europe and the Americas, a key experience which put him in touch with the most innovative aesthetic trends. These he then processed into an artistic language of his own which he adapted with a high degree of efficiency and sensitivity to all kinds of themes.

Having assimilated Impressionism, he reinforced his work with solid draughtsmanship and modernist aesthetics, which constituted the clearest stylistic reference in his development towards a form of Post-Impressionism that was infused, where colour and light were concerned, with extraordinary power. Although his stays in Andalusia were sporadic until he finally settled there in 1945, this artist masterfully captured all of the cultural constants that characterise this beautiful region. Thus, light, colour, people, landscapes and customs deep-rooted in the sentiments and spirit of all that is Andalusian were recurrent sources of inspiration.

In this respect, themes as representative as fairs and pilgrimages – extremely traditional in Andalusian genre painting from the mid-19th century – were revived through Bacarisas's brushes. In his prolific production, Bacarisas interpreted the fair theme on several occasions, one of his best renderings (on display at the Seville Museum of Fine Arts) being the explicit title Sevilla en fiestas ("Seville at Festival Time" – 1915). In this nocturnal scene, he captured this popular festive event so suited to his style, with characteristic ranges of mauves, reds, greens and yellows, in all its colourful and decorative brilliance.

In the case of Fair, the register of style and context – starting with the fact that the action should take place during the daytime – is different. Thus, we find a Post-Impressionist composition with vigorous, loose brushstrokes, in which personages and atmosphere are built up through colour, and as there is a single central focus of light, the outer areas are in shadow. From the narrative point of view, the painter skilfully captured the merry, relaxed atmosphere of a fair. In the foreground, one group sits while another stands under an awning which also covers a wagon that is viewed from behind. Perfectly lit in the background are marquees with banderoles. The touches of vivid white in some of the garments act as a harmonious contrast by accentuating the instantaneousness of the scene. With Fair, Bacarisas depicted the “popular” side of the iconographic tradition of genre painting and played his part in establishing defining features – an image of fair folk relaxing and enjoying themselves – that are valid even today.