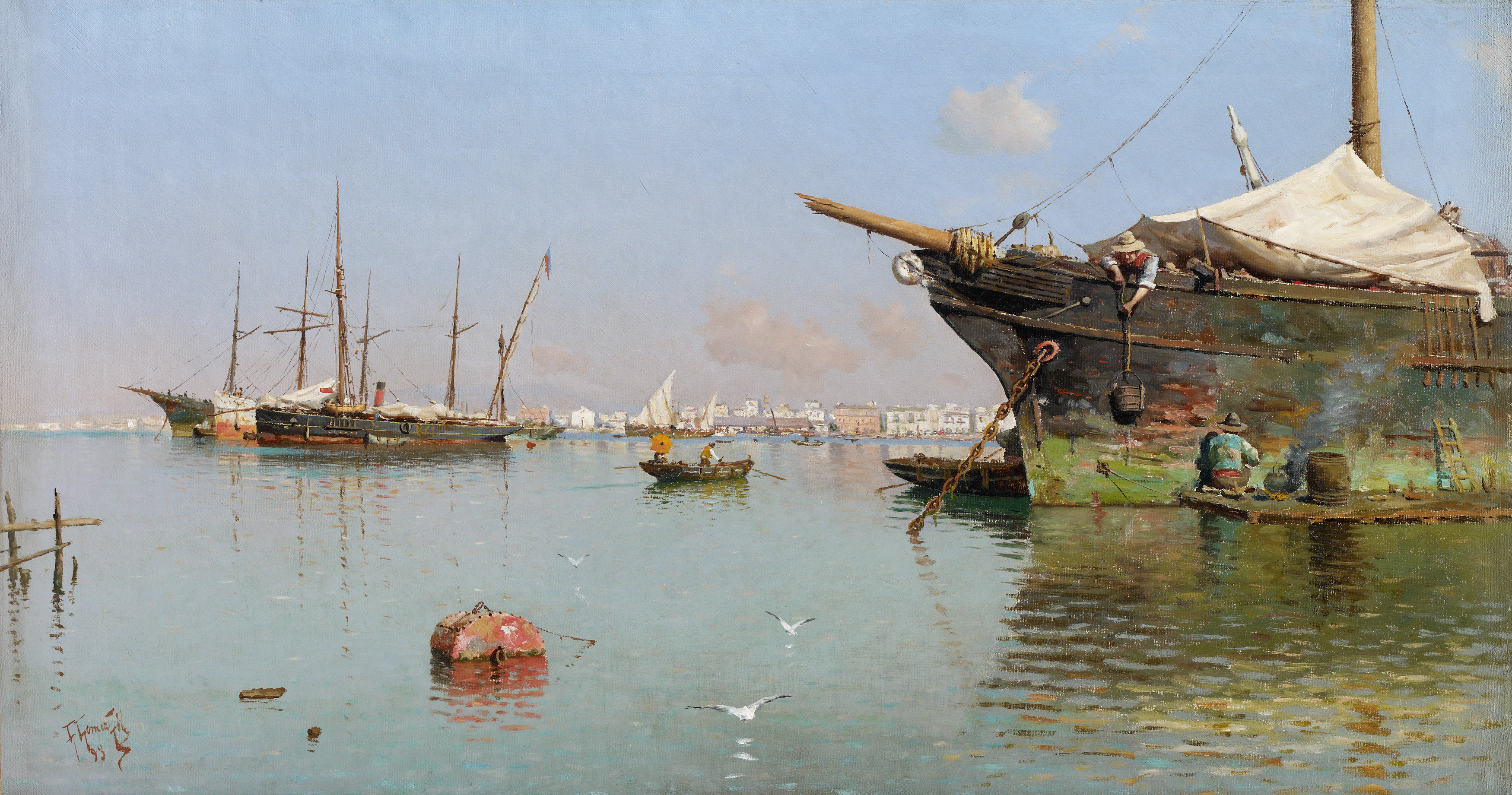 In this painting, Guillermo Gómez Gil toyed with the treatment of nature with such interest that through the recreation of a port, he constructed a marine painting with an attendant collection of anecdotes. The result was a picture based on two key themes: seascape and genre.

A calm sea, ladies boating in the middle of a harbour, large craft at anchor, and in the foreground a ship under repair are activities that bring life to the picture and fill it with a narrative usually not found in a landscape composition. Although specialising in marine painting, here Gómez Gil turned away from his customary method of concentrating almost exclusively on the interplay of tones that allowed him to experiment with the ambient variations of a changing, poetic or aggressive nature, and instead used it as an excuse to express the vitality inherent in the activity which can be developed around it. That sensation of life and movement is added to by the technique of short, confident strokes with small traces of colour. This is a mature work in which, despite the many distracting situations set out in the scene, the personality acquired by the treatment of the natural and the pictorial in general remains permanent. In this painting, the artist complied with the compositional traits used by the local marine painters (especially his master Emilio Ocón), and entered into a pictorial dynamic in which the aim of the work was to capture an instantaneous view of reality – in this case of sea nature – while carrying out an exercise in localism by favouring a form of lighting which for him had developed into a defining characteristic.

Gómez Gil's aim may have been to link up with the movement of renovation in late 19th-century Spanish landscape painting but in this case, due to a certain stereotyping of narrative themes and effects, we are inclined to assume that he remained more within the eclectic limits of the local school than those of Spanish modernity.