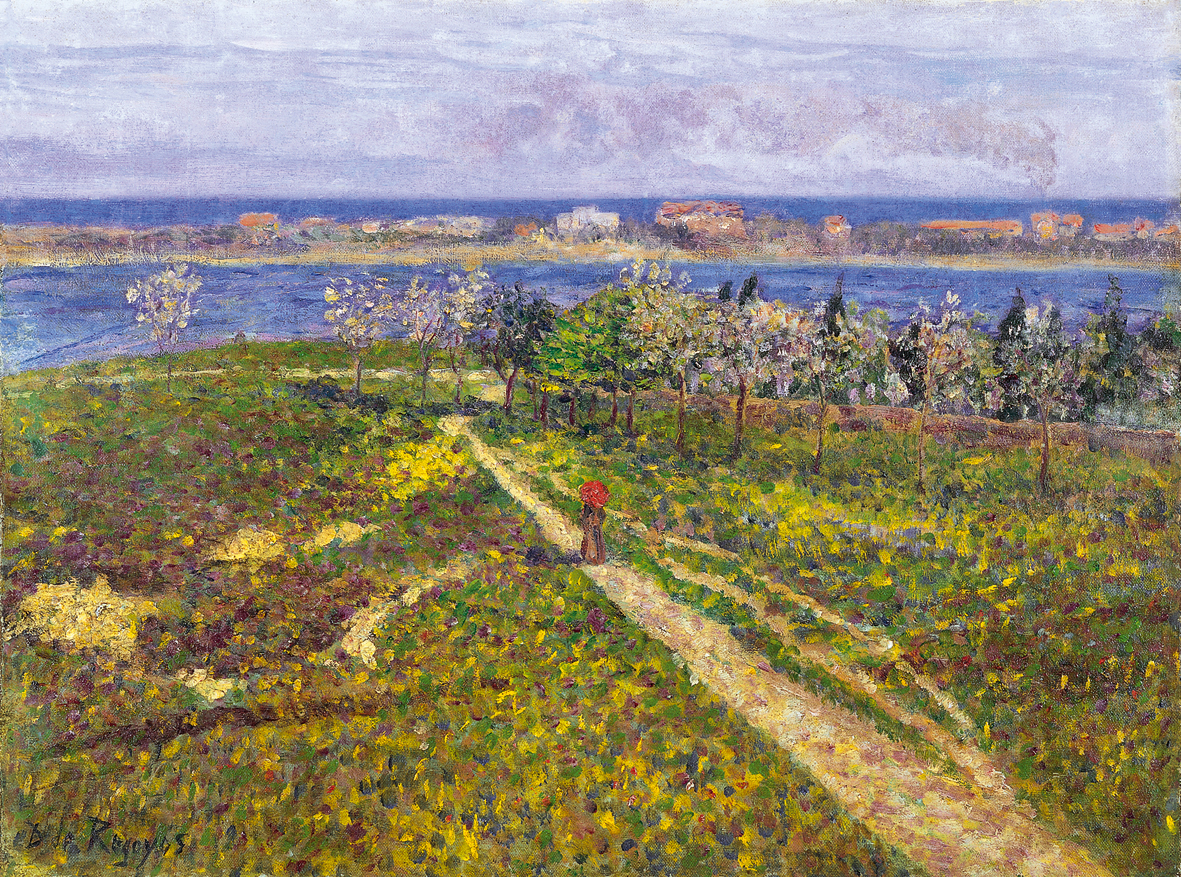 This work depicts a scene on the surroundings of Irún, where Regoyos sojourned from April 1902, staying in Buenavista, and where he painted this landscape just when the almond trees were in blossom.

It is usual in Regoyos's work for a human figure to appear amid the landscape and here there is a woman at centre. As an anecdotal motif, Regoyos included a red parasol of the type often found in the Impressionist paintings of Monet and his close friend Camille Pissarro. An important work in Regoyos’s Impressionist development, this canvas reflects the main characteristics of the French Impressionism and its technique replicates that of Pissarro.

Painted from a terrace of a nearby house, the composition comprises the horizontal lines of the riverbanks and the horizon and the diagonal lines of the path, with the spaces between set out in such a way as to achieve a perfectly balanced whole. In addition, the artist applied his wide knowledge of the Divisionist technique to obtain, thanks to a precise use of the brush, a green countryside filled with colour and variety. This creates a perfect contrast with the paths, which are bare from the frequent passing of carriages and people. His expert use of the pointillist technique can also be clearly seen in the white brushstrokes on the flowering almonds.

The whereabouts of this work were unknown until 1986, when it appeared at a public auction in France. It is likely that the first owner was the French painter Maximilien Luce, a close friend to Regoyos, who probably gave him the canvas as a personal gift. The painting was never exhibited during the artist’s lifetime (Regoyos died en 1913). It was first shown in 1914, in a tribute exhibition at the Galerie Choiseul, in Paris. Luce ignored the title written by Regoyos on the reverse and identified the work just as Paysage d’Espagne. In order to highlight the concept and not the details of the depicted scene, Luce chose the location over the subject.