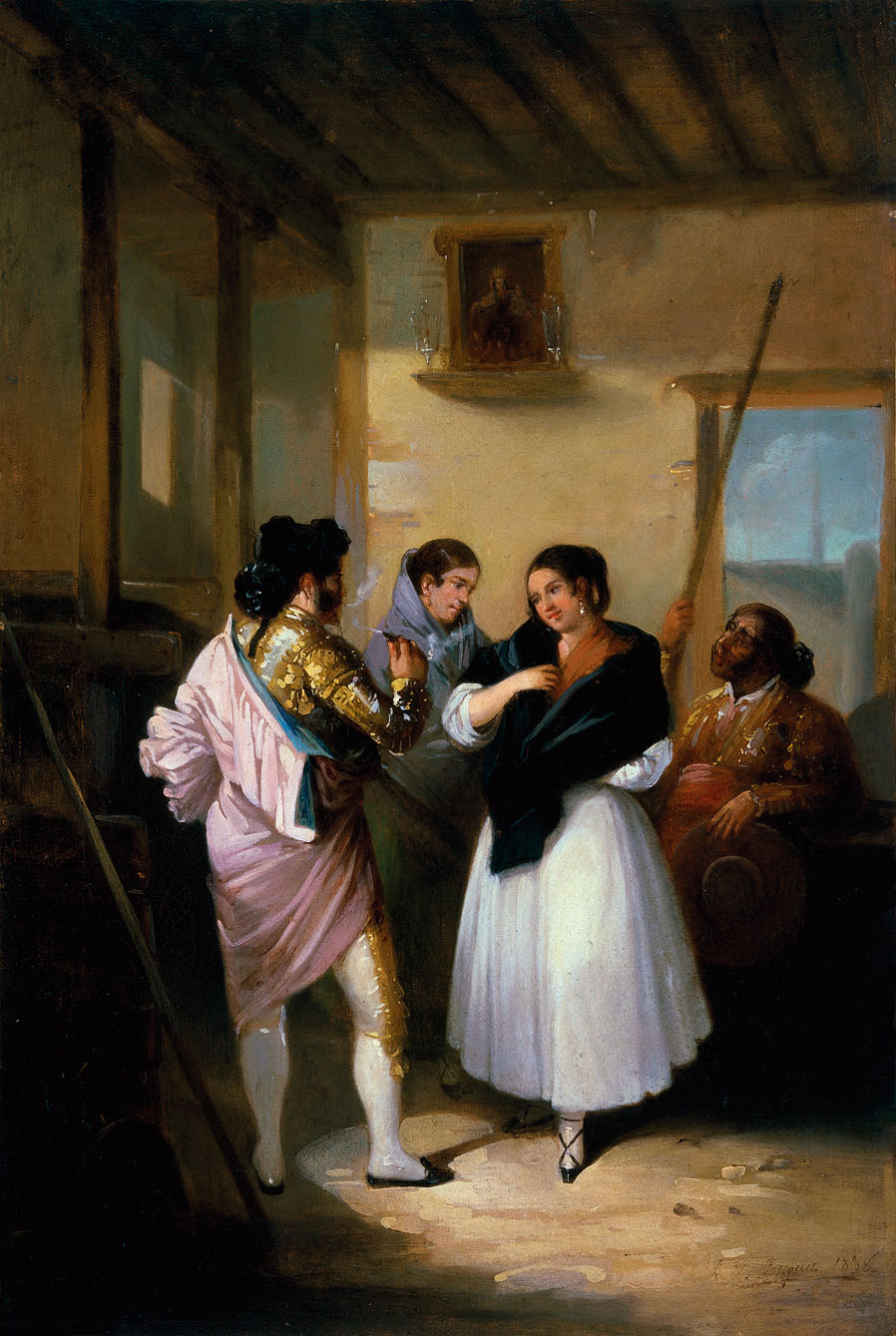 Joaquín Domínguez Bécquer is one of the foremost representatives of the first generation of Romantic painters of Seville and the most accomplished member of the family of artists with that surname. He also lived to the oldest age, sixty-two, and was the only one who savoured success in his lifetime.

The Don Quixote of Painters, as the artist Mattoni called him on account of his character and appearance, came to enjoy the highest esteem and influence in Sevillian society of his day as an instructor, academy member, tutor to the children of the Duke and Duchess of Montpensier and curator of the Reales Alcázares, among other posts and privileges. What is more, before becoming an accomplished artist, he had to make a name for himself in the difficult local milieu by practicing genre painting together with his cousin José. In return, he would later teach his orphaned nephew Valeriano. The two cousins would lay the foundations for a Sevillian brand of genre painting characterised by the endearing qualities of Murillo’s art, well-defined drawing and a soft, harmonious palette.

Joaquín executed the present work in 1838, at the age twenty-one, and became the foremost Sevillian painter of scenes of everyday life, as his cousin, who had monopolised the genre until then, died three years later. His confidence in himself and in his work spurred him to take part – possibly with the present painting? – in the first exhibition held by the newly established Seville Lyceum. It was not long before his paintings began to fetch large sums of money, as the following year he received the huge amount of 1,200 reales for a work sold to the Marquis of La Motilla.

The present work uses an attractive iconography of two picturesque Andalusian types: the bullfighter and the coquettishly dressed maja, who meet in an inn in a setting of light and shadows. The man smokes a cigar and strikes a dashing pose, full of self-confidence; the woman smiles suggestively and appears to remove something to give to the bullfighter as a talisman. Two more figures are located in the middle ground, also forming a couple: the gypsy-like picador, with his hat in his left hand and lance in his right, and the serving woman. The Marian picture hanging on the wall completes the typical décor of the room.

The descriptive force of the work is further enhanced by the richness and colour of the typical attire, and it could strictly be considered a painting of costume rather than of customs: the bullfighter’s gleaming attire, pink cape, black slippers and hat and the maja’s black velvet mantilla and patent leather shoes.